The Vitamix has a long line of quality and reliable blenders, and today, we shall look at two titans in the Vitamix stable.

Vitamix Professional Series 200 and Vitamix 5200 are two of Vitamix’s popular blenders. Both high-performance blenders, Vitamix 200 and 5200 boasts of powerful motors that make them among the best heavy-duty blenders in the market.

However, both of these units are top of the line and quite expensive and so, you cannot afford to make a wild guess when deciding on what model to purchase.

You need to see to it that you only purchase a juicer that will best address your juicing needs. It’s for this reason we’ve created this comparison guide to help you choose between these two.

In this article, we will put both of these blenders against each other; look at their similarities and differences as well. But before that, let’s have a peek review of each of the models and see what they have to offer. 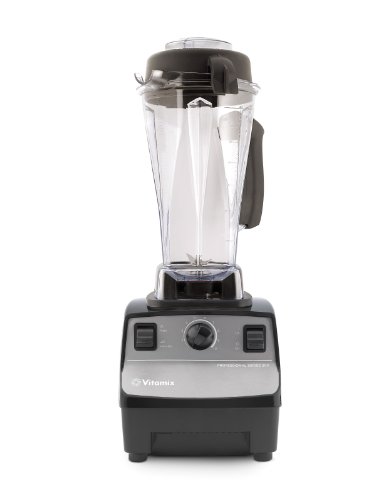 Vitamix 200 is part of Vitamix C-Platform, and this blender is destined to create some culinary glory. In particular, this model is optimized for the needs of a serious chef.

For instance, it comes with a generous pitcher alongside different speed settings for the ultimate blending experience.

At the core of this blender, it has a powerful motor that will drive the unit and make juicing a more convenient and pleasurable task.

View On Amazon
View On Walmart

Vitamix 5200 is a true classic top-tier blender, in fact, it is one of the best Vitamix in 2020. A baseline of the Vitamix brand, this unit was launched at the end of 2007.

Though its successors have already been released in the market, the innovation and technology on this unit are still be outclassed.

It’s not a surprise that a decade later, the 5200 remains one of the favorite models both in the kitchens as well as culinary schools.

Similarities between Vitamix Professional Series 200 and 5200

Both of these models are from Vitamix C-Series. Consequently, there’re plenty of similarities between these two units.

In any case, it would be challenging to distinguish both of these units because they’re similar in various fronts, including motor, variable speeds, cooling system, pitcher, and more.

Both of these units have a generous pitcher size of 64-ounces. The capacity offered by these juicers is large enough to hold medium to large-sized portions for an entire household.

Because of the generous volume, users hardly experience any inconveniences juggling their favorite ingredients.

Both of these machines utilize laser-cut, stainless-steel hammermill blades with a cutting diameter of 3-inches. These blades are functional enough and will crush your ingredients to finer details for a smooth and consistent blend.

Both of these blades are fast enough, and according to users, they generate a lot of heat due to friction with ingredients.

As such, the heat is passed to the ingredients, which subsequently becomes hot as well. And so, both of these blenders can be used in preparing hot soups, and will not require you to heat the soup with a stove.

The performance of both of these units is more or less the same. Typically, these blenders take an average time of 6 minutes to extract juice from the ingredients.

Generally, the extraction rate is faster that a majority of the blenders, and so, having either will let you enjoy benefits of expedited time and speed.

Differences Between Vitamix Professional Series 200 Vs 5200

Vitamix 200, on the other hand, comes with a low profile, and the large base makes it quite stable. So, the Vitamix 200 is generally easy to carry and will fit in most of the standard kitchen cabinets.

The 6-pound difference between these two units is quite significant, and its enough to impact the handling and operations.

For instance, though Vitamix 5200 has an extensive dimension, it’s lighter and hence more portable. The enormous size might be a challenge, but still, the lightweight nature of this unit makes it an inspired choice for those who like traveling a lot.

The performance of a blender, especially the number of ingredients and recipes you can make, is a critical consideration to make.

Vitamix 200 is quite limited in its crushing performance, and will only let you crush and blend fruits and veggies.

This blender lets you create smoothies from fruits such as melons, bananas, tomatoes, and oranges. Vitamix 5200, on the other hand, is an all-rounder and will give you plenty of leeways.

Besides the standard fruits and veggies, this juicer will also allow you to crush nuts, coffee, and frozen ingredients.

Variable speed control is crucial as it lets you create a blend with varying consistency and texture. Both of these blenders come with variable speed, but their operation differs slightly.

Vitamix 200, for instance, features ten variable speeds alongside a pulse feature. Combined, these two allow you to alter the speed and the texture of the blend.

Vitamix 200 is hence more versatile and will let you handle a variety of recipes, including soups and puree. Vitamix 5200, on the other hand, is not as versatile as the 200.

Rather than a 10 variable speed, this blender comes with an adjustable dial. Though rotating the dial gives you some form of variety in the texture and blending process, it’s not as versatile as that one of Vitamix 200.

Though both of these units have a similar power consumption rating, they produce different outputs. Now, remember that the output determines the efficiency of the blending process and the outcome as a whole.

Vitamix 200 generates 1400 W of power, while 5200 generates 1380 W. Though the difference in power outputs seems minimal, it’s projected on the performance and output.

With the 200, you’re likely to get higher and better outcomes and better value for your money than the 5200.

Speaking of value, the cost is a major consideration to make when purchasing a blender. Vitamix 200 is an inexpensive model compared to Vitamix 5200.

The lower pricing on this unit is because of the fewer components, hence a cost-effective option. However, it does not mean its the better of the two.

You need to consider what each has to offer and see whether it address your blending needs. Nonetheless, both of these blenders are functional units and will ensure you have a pleasurable, blending experience. for more Vitamix comparisons click here. 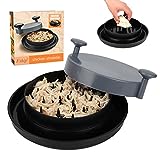