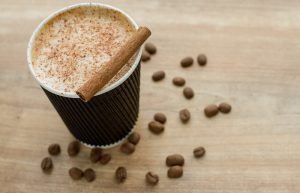 Coffee is an ancient infusion that is obtained thanks to the coffee plant or coffee tree. It has a characteristically bitter taste and is usually taken hot and combined with different ingredients such as milk, cream, chocolate, and even liqueurs.

However, in this content, we will talk about one type of coffee, in particular, coffee with cinnamon.

Another alternative way to consume coffee is coffee with cinnamon. This ingredient not only allows you to revolutionize the flavor of everyday coffee. It also helps reduce or eliminate the amount of sugar added to the drink. This is because cinnamon adds a sweet flavor to coffee, similar to that obtained by adding vanilla.

In this article, we are going to learn about the origins of cinnamon, the benefits of drinking coffee with cinnamon, the different recommendations there are in this regard, and how to prepare this infusion.

Cinnamon comes from an evergreen tree called Cinnamomum verum, native to Sri Lanka. Cinnamon is extracted from the branch of this tree. Once dry, it is rolled into the characteristic cinnamon curls.

However, today, cinnamon is produced in different countries besides Sri Lanka, such as India, Malaysia, Java, Madagascar, China, Brazil, and Guyana.

Formerly, cinnamon was used during the Middle Ages to improve the taste of wine. This use was later extended to different foods until it became a well-known ingredient and condiment worldwide.

Benefits of coffee with cinnamon

One of the reasons that cinnamon coffee is so coveted is based on the many health benefits it has. To name one, we can say that a teaspoon of cinnamon has the same level of antioxidants as half a cup of blueberries, which is the food considered richest in antioxidants.

However, the list of benefits of cinnamon is long and we present it below:

1. The brain is better awakened with cinnamon

Simply by smelling the cinnamon, the senses are awakened and our remote and visual abilities are enhanced. Combined with caffeine, it is a great way to jump-start.

According to a study from Wheeling Jesuit University, the smell of cinnamon enhances the brain’s processing abilities. This was verified thanks to the fact that the study showed that participants who consumed cinnamon had a higher level of attention and were more capable of performing tasks than those who had not eaten cinnamon.’

2. Cinnamon is good for diabetes

Cinnamon is the ideal solution to avoid sugar and consume very sweet coffee at the same time. In addition, in this way, spikes in blood sugar are eliminated after consumption and it is possible to keep hyperglycemia at bay, improve the effectiveness of the body’s insulin and prevent inflammation in the tissues and joints.

3. The cold heals faster with cinnamon

Cinnamon and coffee both have a powerful scent that clears the nostrils. Thus, mucus production is reduced and these two main cold symptoms are attacked. This, of course, does not count the extra relief that a hot drink provides against the flu.

4. Works as an energizer

5. Cinnamon is good for the heart

Cinnamon helps reduce the concentration of triglycerides that clog the arteries, among other health problems.

A research team from a Penn State study concluded that cinnamon minimizes the risk of cardiovascular disease by reducing triglycerides.

6. Sweet cravings can be controlled with control cinnamon

Thanks to the constant maintenance of blood sugar levels, the need for sweet foods is eliminated.

Thanks to the number of antioxidants that cinnamon has, the growth of bacteria is slowed, cholesterol is reduced and it helps to keep the body healthier.

8. Cinnamon has many nutrients

It is rich in fiber, manganese, calcium, iron, and vitamin K.

9. Cinnamon speeds up the metabolism

Another secret that answers the question of why cinnamon coffee is so popular in the morning is that it reduces hunger by keeping insulin stable.

Cinnamon can be a great ally when it comes to losing weight. This is because cinnamon, combined with caffeine, increases fat burning. The body temperature rises and the accumulated fat is removed more easily.

As incredible as it sounds, coffee with cinnamon helps hair growth. Coffee removes dead cells from the scalp and cinnamon is a natural stimulant that helps hair grow, strengthens, and keeps it healthy.

To achieve this combination, a sulfate-free shampoo should be mixed with a half cup of instant coffee grounds and a tablespoon and a half of ground cinnamon. This mixture should be used every day for a month, applying it, especially to the scalp to encourage growth and eliminate dead cells.

We have already seen the benefits of cinnamon in coffee, but what if we combine cinnamon and ginger in coffee? Like cinnamon, ginger has great health benefits. Before you should know that among the many benefits that these foods provide for our body, they stand out that they are very good.

The ginger increases blood flow and accelerates metabolism by 20%. In addition, thanks to its detoxifying power, it is recognized in beauty treatments and for fat burning.

How to make coffee with cinnamon?

There are many recipes to make coffee with cinnamon, here we tell you two of them:

Another recipe for cinnamon coffee can be made with whole bean coffee. The tablespoons of coffee are placed in the filter and, at the same time, the tablespoons of ground cinnamon. Then, once ready, the coffee is added to a cup of hot milk.

This is because cinnamon improves and accelerates the blood supply to the genitals, which helps with both female and male arousal. Cinnamon also helps men to achieve and prolong an erection.

In turn, cinnamon is an aid against impotence thanks to the stimulation of the body. This is achieved just by drinking a glass of water and cinnamon in the morning. Therefore, it is recommended that men with this problem consume water with cinnamon three times a day.

There are many, many brands of coffee all over the world. There are so many that it would be impossible for us to collect them all in one article without leaving any of them aside. However, these are some of the most recognized worldwide: 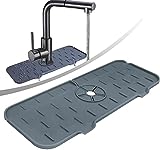 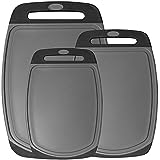