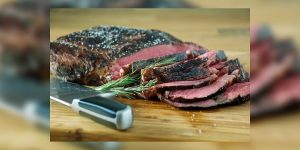 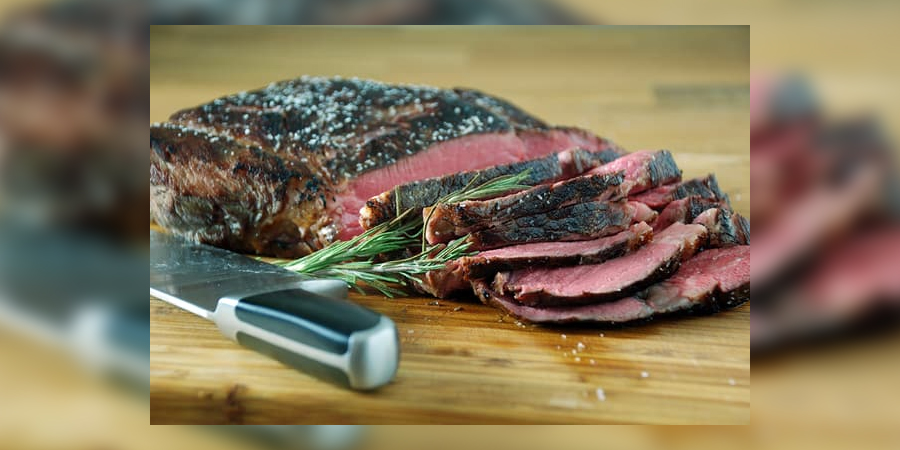 For sous vide enthusiasts, steak is a natural go-to. But with so many different cuts out there, how does one determine which is the best cut for cooking sous vide steak?

Each cut of steak differs in mouthfeel, texture, and flavor, depending on its natural meat-to-fat ratio. We’ll dive into each of the different cuts of sous vide steak available. 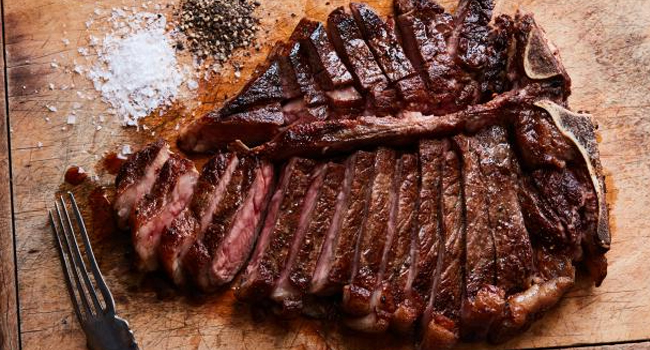 The T-bone steak is what many would consider a steak behemoth. Its sheer size is often more than enough to feed two people! This cut is essentially a combination of two of the most prized cuts on a cow: the New York strip and filet mignon, separated by a T-shaped bone. 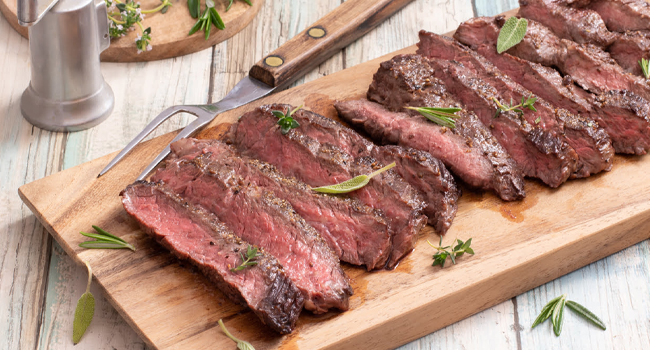 The skirt steak is prized for its beefy flavor and marbling rather than tenderness. You will often find it used in fajitas, Chinese stir-fry, and carne asada. 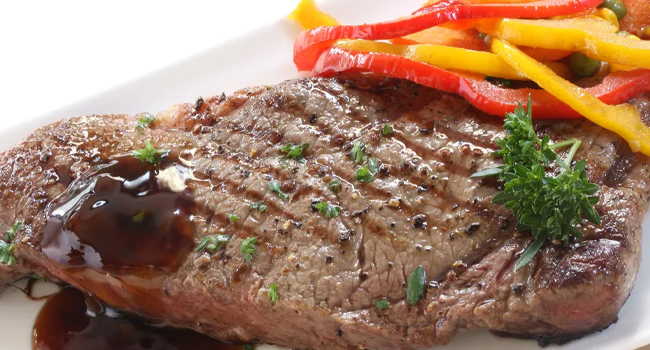 The sirloin, one of the most popular cuts of steak, is the one that’ll get you the most bang for your buck when cooked sous vide. This cut is moderately tender, with very little fat on its surface. This lean cut stays juicy and flavorful, no matter the cooking method used.

The best temperature to cook sirloin steak sous vide is at 131ºF (or 55ºC) for anywhere from two to four hours. Once done, sear it on each side for a more tender steak. 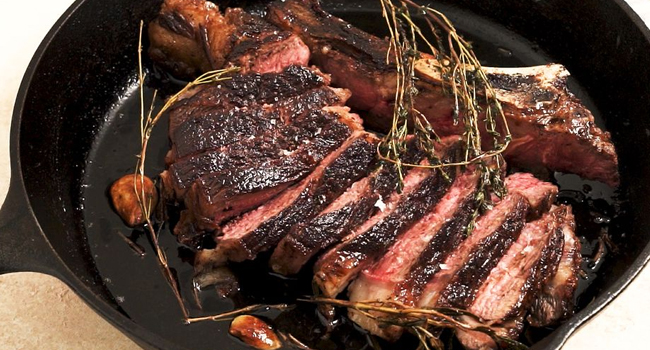 The ribeye steak, also known as scotch filet or beauty steak, is one of the most prized cuts of steak. Thanks to its high marbling, it has a distinctively rich buttery flavor. It’s also one of the rare cuts of steak that retains its juiciness even when cooked at high heat. Ribeye is loved by meat enthusiasts and chefs alike and is one of the best cuts of meat for the sous vide process.

We recommend using the sous vide method to a ribeye steak at 129°F for two hours for optimal results. 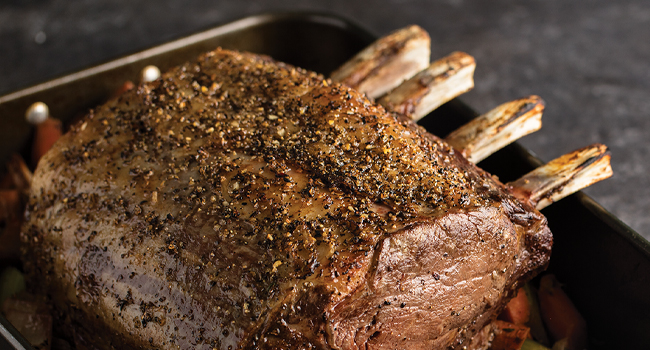 The prime rib steak is one large section of up to seven ribs cut from the primal rib. This is one of the larger roasting cuts with the added flavor of bone, fat, and connective tissue. 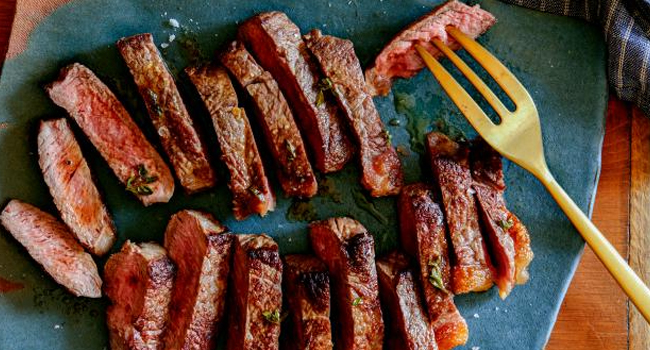 New York strip steaks are cut from the short loin (a muscle of the cow that does very little work), which means that this particular cut is remarkably tender. They also cook quickly and evenly.

To get New York strip steak sous vide with a perfect medium-rare center, cook it at a temperature of 130 F (or 54.4ºC) for at least two to four hours. 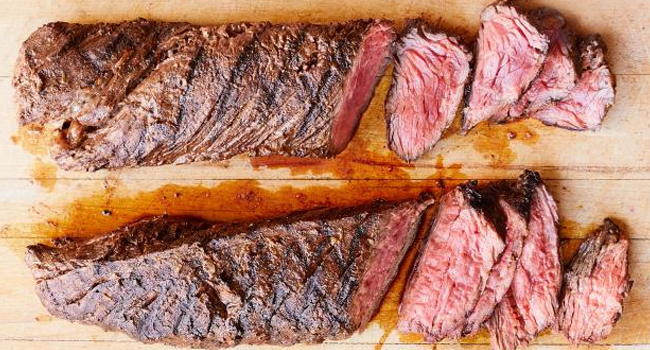 Also known as butcher’s cut, the flavorful hanger is taken from the upper belly of the cow. This cut of meat “hangs” from the cow’s diaphragm, hence its name. Since hanger steaks are relatively unpopular, they’re a lot cheaper compared to prime cuts, and you can get more than your money’s worth if you cook them right. 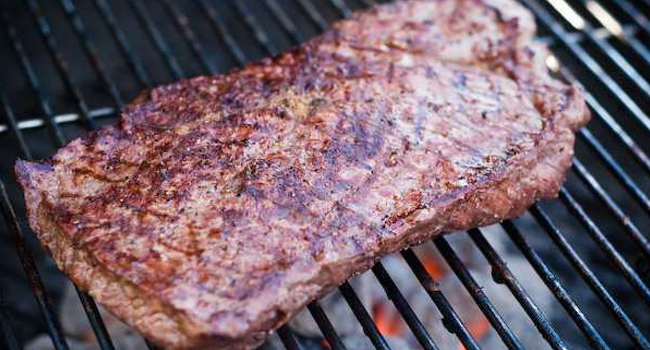 The flat iron steak is cut from the chuck of the cow. These are cut in a rectangular shape with a uniform thickness all around, and adequately marbled for a great beefy flavor. These are great cuts for marinating, grilling, and, of course, sous vide. 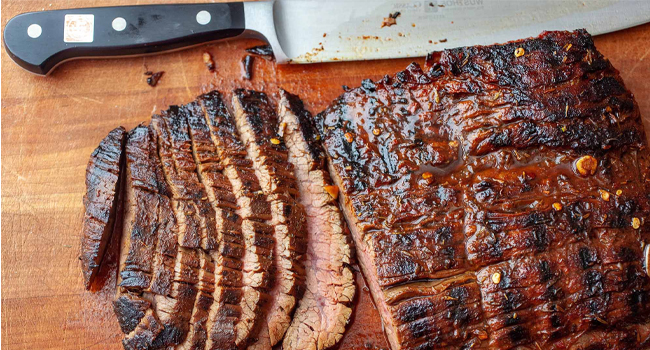 Compared to the other cuts, the flank steak is considered low quality. This is mainly due to its sinewy texture that can be difficult to chew. For a world-class flank steak with a tender bite, it’s highly important to mount your device to the correct settings! 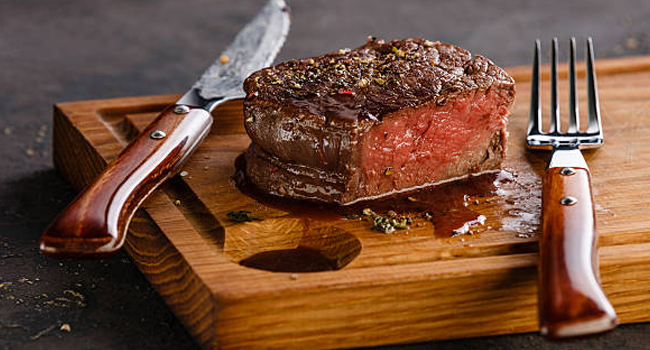 The filet mignon is the most tender cut of steak while still being relatively lean. Also known as beef tenderloin, this is one of the most expensive steak cuts, but its melt-in-your-mouth texture will get you your money’s worth.

There is nothing better than sous vide filet mignon. Set your water bath to 132ºF (or 55.6ºC) for about two to three hours for that pink medium-rare center.

How to Select the Right Sous Vide Steak

Cuts of steak with more marbling will have a more robust taste. The fat melts into the steak and keeps everything moist as the steak is cooked. The fat is also softer than the actual muscle fiber, which adds tenderness to each bite. [1]

An adequately-thick steak will give you that perfect contrast of interior and exterior (thin cuts will tend to overcook before developing a nice crust). When you’re using a sous vide device, a thicker steak will still retain its perfectly-cooked interior during the searing process.

We highly recommend getting steaks that are at least an inch thick. A one-inch steak will reach your preferred doneness using the chart above. For cuts thicker than one inch, remember to add an extra hour of cooking time per inch.

Pricier cuts won’t automatically make for better steaks. Every cut of steak has the potential to be delicious if you know how to cook it right! Cuts like short ribs, chuck roast, and round steak, while often overlooked, can also produce the most flavorful steak dishes.

Whether you prefer sous vide steak over a grilled steak boils down to personal preference.

If you like your steak with an even doneness all over, go the sous vide route. The gentle cooking process allows your steak to be cooked all the way through at a precisely-controlled temperature.

On the other hand, grilling is an exciting cooking method that applies direct heat to the surface of the meat, resulting in a unique mouthfeel of crispy and tender, much like a gradient. More on grilling vs sous vide cooking here.

No. Sous vide steaks don’t need to rest. When you take the meat out of the sous vide bag after cooking, they are already cooked all the way through. However, we recommend searing the steak after sous vide to give them that “grilled” look. In this case, you will need to rest the steak first before you sear it.

Can you reheat sous vide steaks?

Yes, you can reheat sous vide steaks. A basic rule to remember when you’re reheating sous vide steak is to cook it at a slightly lower temperature than what you initially cooked it at. This lessens the risk of overcooking it.

Not really. Restaurants probably won’t offer sous vide steaks on hand as this cooking method takes a long time. However, we have heard that many have adopted sous vide to pre-cook steaks to save cooking time and sear steak on the fly when needed.

Can you sous vide steaks from frozen?

Yes, you can certainly sous vide frozen steak, even without defrosting! However, since you’ll be cooking them frozen, remember to add extra time (about 50 percent) to its fresh cooking time.

Ultimately, there is no best cut of steak for sous vide; it boils down to your personal preference. The clear advantage to steaks cooked sous vide is that you get the doneness you want no matter what cut you choose, as long as you apply the right temperature and time. Remember to season steak with salt and pepper, fresh herbs, whole garlic cloves, or preferred seasoning!

If you have the budget, you can never go wrong with the filet mignon. The ribeye and T-bone steaks are close contenders, too.

Thank you for reading this far! I hope that the information provided in this article will be helpful to you.