Skip to content
Home » Vitamix A3500 VS 750: A Comparison to Determine the Better Blender 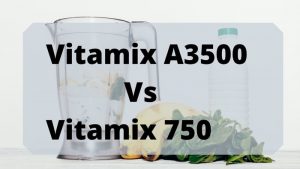 If you are in search of the ideal Vitamix blender to enhance your blending experience, you have come to the right place, as I compare two of Vitamix’s best designs to tell you which is the better one.

Both these blenders, offering great features and optimum functionality, are high-performing machines, so our comparison will help distinguish the similarities and differences between the two.

Vitamix is a leading brand in the industry and they have introduced a lot of blender types in the market, each with its own set of features and functionalities.

While that is a good thing, it has become a little bit of a chore for blender enthusiasts to pick the right one.

Vitamix A3500 is among the most popular blenders by Vitamix. With a standard looking design, this blender comes with a stainless steel finish, a blending cookbook, and temper, which is common with some Vitamix blenders and it makes use of US 3 prong 120V plugs.

On the inside, the blades are fixed to the bottom of the pitcher. Even though you cannot use the blender with blending cups, you can surely make your smoothies inside the container.

It takes little effort to clean and as far as performance is concerned, it’s considered good value for money.

View On Amazon
View On Target
View On Walmart 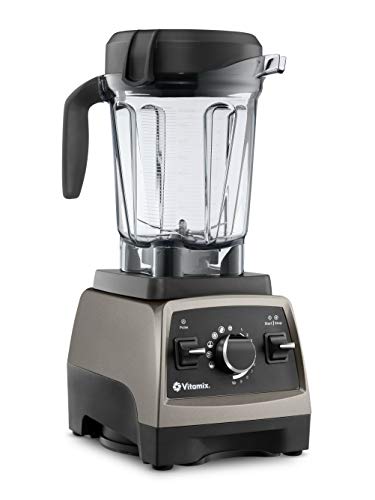 Vitamix 750 is among the best blenders available under the brand’s Next Gen series. For half of the last decade, it has grown in popularity, becoming one of the bestsellers by replacing its predecessor.

This model is an upgrade of the much sought after Vitamix 7500, with the most interesting feature being its five preset functions.

The advanced airflow design accompanied by a high performance 2.2 horsepower motor ensures an effective and smooth operation while making minimum noise when running.

Additionally, the blender features an advanced cooling system internally that ensures it can be used for long hours without the fear of overheating.

The temper tool is easier to use with this blender and the shorter, wider container makes it easy to store the Vitamix 750 inside any kitchen cabinet. Not to forget, the seamless cleaning process.

View On Amazon
View On Best Buy
View On Wayfair

The Vitamix 750 blender ranks highly when we talk of performance. It has a powerful motor, which can blend even the hardest of ingredients like seeds, coffee beans, and nuts.

Even though it has a powerful motor, it still runs at 40% less noisy when compared to other similarly powerful blenders. The A3500 also comes with a 2.2 HP motor and like its rival, it is capable of blending all ingredients

The design of the two blenders is not very different considering they come from the same manufacturer. Vitamix A3500 has a sleek design with a touch screen for its display panel.

The timer is displayed on this screen and the knob is digital as well for handy speed setting. The 750 has a similar interface but with five pre-programmed controls.

The good thing about Vitamix blenders is that they come with lengthy warranties to allow you flawless usage. The 750 offers a 7-year warranty while the A3500 offers a 10-year one.

Both the blenders are of excellent quality and when we have to decide which one to pick, it’s a close call. The most noteworthy difference between the two is design.

Vitamix 750 is wider and shorter than its rival, which makes it easy to both clean and store. From the price angle, Vitamix A3500 is more expensive than 750 even though the latter tends to be superior in terms of performance. The blending power it pushes and the speed it has is one to die for.

Many factors would influence your decision to invest in a Vitamix blender because high quality means higher prices too. In my comparison of the A3500 and 750, I found many similarities and only a few differences.

The smart system functions on A3500 is what sets it apart from the 750. The difference in the price of the two blenders is likely to influence your choice. I’d say if you want to upgrade from an older blender, Vitamix A3500 is the way to go (Click here to check the current price on Amazon)

If you are looking for other great Vitamix models like e310 check this guide.