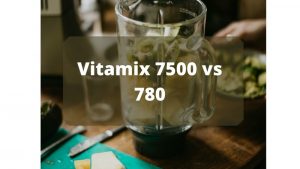 Both the Vitamix 7500 and 780 are part of Vitamix’s G-Series blenders. Though the G-Series models are a tad expensive than other Vitamix series, they’re a popular option in many households because of their unparalleled performance and quality.

In particular, they are known for their powerful motors and the pre-programmed settings for consistent elimination of human error.

All G-Series blenders, for instance, come with a 2.2 Hp motor and low profile containers. Another interesting fact that makes the G-Series a fan-favorite is the integration of sound dampening insulation that makes them 40% quieter than other Vitamix blenders.

Still, within the G-Series, the blenders exhibit some differences, and if you’re torn between Vitamix 7500 and 780, we shall make the selection easier or you.

In my Vitamix 7500 vs. 780 comparison text below, I am going to compare these models and see the distinguishing features of each model. Hopefully, by the end of the text, you should have an idea of which blender is suited for your needs.

Head to Head Comparison Table Between Vitamix 7500 and 780

As I had mentioned in the introduction, both of these models are from the newer G-Series in the Vitamix line. Coming from the same series, they’ve plenty in resemblance in the design element as well as performance.

Notably, however, they include an upgraded motor and a motor housing, which is designed for quieter operation. Other similarities include a low-profile 64-ounce jar and 4-inch laser-cut stainless steel blades.

View On Amazon
View On Costco

Both of these blenders come with a standard 64-ounce low-profile jar. The pitcher size is quite handy at handling large amounts of ingredients, including making big batches of meals and entertaining guests.

Additionally, due to the low-profile design, they are easy to fit below most overhead cabinets. The only issue with the size of the pitcher is that it’s a challenge to blend the small batches of smoothies.

This is because you’ve to fill it up at least past the blades to create a vortex, which is hard on this blender. 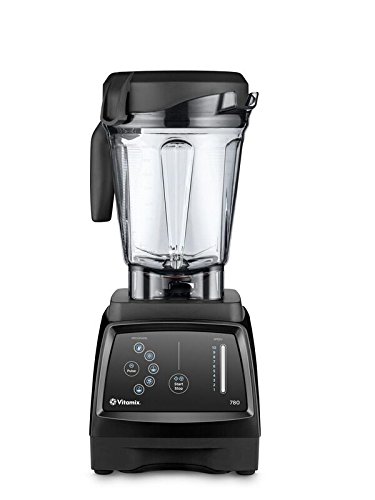 View On Amazon
View On Walmart

Both of the blenders come with a robust 2.2 Hp motor and a strong base to support the blenders. The 2.2 Hp power option makes both of the models among the top range in terms of power.

With such power output, I don’t think theres anything that you cant blend, including grinding meat, hot soups, frozen desserts, smoothies, and more.

Sure, while theres nothing out of the ordinary when compared to the 2.0 Hp motors, the 2.2 Hp has an added “that might prove handy for the tough blending tasks or objects with added thickness”.

Generally, blenders are noisy, and this not an exception to both of these models. On paper, however, 7500 is less noisy than the 780, but nothing significant for the human ear to decipher.

The good news is that since they’re both from the G-Series, they have an integrated noise- canceling function that keeps the noise levels to the bare minimum. According to the manufacturer, the noise dampening feature reduces the noise output by up to 40%.

Both of these blenders feature a robust 4-inch stainless steel blade. The blades are sharp and strong enough to chop even through the hardest of the items. Better yet, they’re made out of stainless steel, and so, they are long-lasting and won’t break down easily.

So far, there has been plenty of resemblance between these two models, but the control function is probably what differentiates between these two. The vitamix 7500 uses a pretty standard interface, which is quite common on most of the Vitamix blenders, while the 780 utilizes a series of buttons and a control slider. But how do the different controls differ in practice?

The pulse button on the 7500 allows you to turn the blender to whatever speed the variable speed is set to. It’s an ideal option for those who are looking to blend with pulverizing their blend components. Similarly, the 780 uses a pulse button with a similar principle of operation; to use it, you simply need to press a button, as opposed to using a switch.

The variable speed makes it easier for you to determine how fast you need to blades to spin. Normally, this function is found in the high-end vitamix models, and it lets you achieve a rough chop.

The pre-set functions are quite handy, especially when you’re multitasking in the kitchen and still need to make your favorite smoothie. This feature lets you walk away and let the blender complete its function automatically.

Like all the G-Series blenders, both the 7500 and 780 have a self-cleaning feature that automatically cleans the blender within 30-60 seconds.

However, I still recommend that you occasionally scrub the blender manually to remove the tiny pieces that may cloud the pitcher. The good thing with the pitchers is their low profile, and so, its easier to clean by hands.

Vitamix 780 is priced higher than the 7500, but it doesn’t come as a surprise, because the 780 is considered as an upgrade to 7500. Regarding warranty, both of these models have an impressive warranty that runs for seven years.

Conclusion On Which Model is Better?

Honestly, the difference in the pricing on both models is pretty huge. If it were me, I would opt to choose the lower-priced 7500; it doesn’t make sense to pay a substantial amount for the touchscreen option and the extra programmed functions. But I know, you might feel different, especially if you like automatic and are a tech nerd.