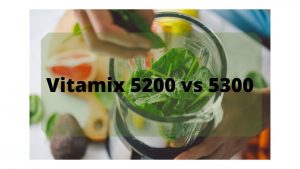 The Vitamix 5200 and 5300 are probably two of the most popular Vitamix blenders, and its for a good reason. These Classic blenders are known for their high-quality performance and durability.

More importantly, there are more affordable than the Next Generation models. Now, many of often assume that the 5300 and 5200 are the same-after all, the numbers are close to each other, right?

They also look almost identical, right? Wrong. In the text below, we shall compare these two models, and look at their key difference, and hopefully, by the end of the text, you should have an idea of what model to choose.

To make the comparison easier, we shall look at the key components of the blenders, and from there, we shall do a quick head to head comparison.

A key difference between the two models is the pitcher size. The 5200 has a taller sky scrapper pitcher, while the 5300 has a low-profile pitcher with a wider base.

Low-profile containers are normally found on the Next-Generation G-Series, making the 5300 the only blender from a different series to use it.

Nonetheless, the pitcher dimensions offer a superficial difference, at least in terms of holding capacity. This is because both models can handle 64 ounces of content, and so, you’re left with a decision of which way either works for your cooking preferences.

The Vitamix 5300 wins, but not because of capacity, but rather counter space; it’s a low profile option that can easily fit inside most cabinets and shelves. 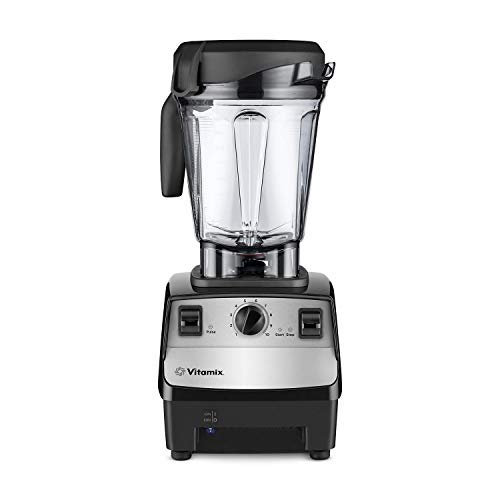 Both of these models feature powerful motors, capable of delivering fully dissolved smoothie and soups. Their major distinction lies in quantity and time. The 5200 comes with a 2.0 hp engine, while its opponent slightly churns out an additional 0.2 hp, totaling to 2.2 hp.

Does this make a difference?

In my opinion, the extra 0.2 doesnt really make such a huge difference. However, it might help when you need to make your smoothie a lot faster during a rush time in the morning.

It might also help when you’re blending components with harder consistencies like ice. Regardless, as I’ve mentioned above, both of the motors are powerful enough for a range of food items such as soups, veggies, smoothies, butter, nut milk, and more.

The 5,300 has a higher wattage, and so, the winner here, but not by a landslide.

The blades on both of these models are designed from hardened aircraft-grade stainless steel, meaning they can easily slice through almost anything at the right speed.

They’re dull to the touch, but don’t let that fool you; the dull nature ensures a consistent blend that relies on the toughness of the blade as well as the brute strength of the motor, as opposed to the razor-sharp blades.

And given they’re designed from steel, they’re quite durable, and you won&#39 have to worry about repair or maintenance costs.

To make the comparison easier, we shall look at the key components of the blenders, and from there, we shall do a quick head to head comparison.

5300 is the winner here because of the greater coverage.

Noise is probably the bane of all blenders. Despite the recent innovations on blenders to make them quiet, the noise is the only avenue that hasn’t seen much of an update.

That said, both of these machines are noisy, and they’ll screech in your ears. However, at low settings, either 1 or 2, the noise level is bearable and nothing to complain about. But if you crank the settings higher, you might even need to wear ear protection.

Both models are from the C-Series platform, and expectedly, the control settings are identical in many ways. However, the 5300 features a pulse switch that makes it easier for you to achieve chunky consistency on your smoothies.

The lack of the pulse function on the 5200 is not much of a deal-breaker since you can as well flip the switch on and off to simulate the setting.

But that is if you don’t use the function often. Moving on, both modes incorporate a variable speed dial that offers control over the blend texture.

Away from the variable speed, both of the models have a maximum speed of 10. The lower speeds make a great option for generating the chunky consistencies, while the higher speeds will liquefy your blend.

But as I had mentioned earlier, 5300 has a higher power, which in turn translates to a higher speed, and this might help in adding the quality of the blend.

The featured pulse setting on the 5300 makes the consistency of your blend chunkier, thus, offering better food quality.

Both models have a Clean function, which automatically cleans the blender after use. Still, I wouldn’t advise anyone to rely on this function fully; you still need to give the blender a quick scrub with a sponge.

See, while running on the self-cleaning mode, its easy for the large let overs to remain, resulting in the container getting cloudy from mineral patching inside the container over time.

Both of these models are quite fantastic, and it was a challenge to come up with a winner. However, the Vitamix 5300 (check today’s price on Amazon) high-performance blender comes out strong.

While there’s nothing out of the ordinary on the 5300, the additional bits of improvement, notably on power, mobility, and horsepower, make it a better option than the 5200.