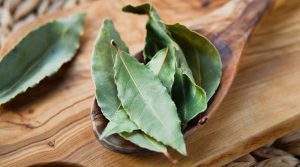 There are countless recipes that call for one or two whole bay leaves. However, if you don’t have any bay leaves in your kitchen cabinet, you may be tempted to just leave it out. Like most people, you may assume that leaving out a single bay leaf from your recipe won’t make any difference in enhancing the flavor and aroma of your dishes.

A common question most people often ask is:

Does a Bay Leaf Really Make a Difference?

Well, the truth is, it does make a whole lot of difference.

Also known as laurel leaf, bay leaf is a slightly mint and peppery Mediterranean herb sourced from the Bay Laurel tree. The leaves are commonly dried and used as a culinary flavoring for a wide variety of dishes such as stews, soups, broths, savory sauces, meat dishes, and others.

They are particularly used in dishes that require more cooking time like stews, soups, broths, Indian cuisines, and others.

Bay leaf is one of the oldest cooking herbs which has been used since ancient times. The leaf is typically added whole and removed right before serving.

Due to its pungent nature, bay leaves should be used sparingly. Usually, a single leaf is more than enough to flavor an entire family dish.

If your recipe requires bay leaf but you’ve unfortunately run out of it, don’t panic.

Although bay leaves have a distinctive flavor, there are several substitutes for bay leaves that you can easily replace and still achieve an almost similar flavor and aroma.

If you have any one of these herbs sitting in your kitchen cabinet, go ahead and incorporate them into your dish. They are some of the best bay leaf substitutes. 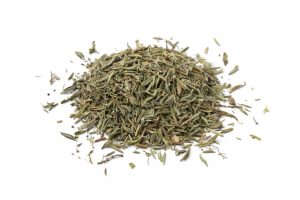 Dried thyme is considered the best bay leaf substitute. Although the two look nothing alike and are not even in the same family, you’ll be happy to know that thyme has a similar subtle mint flavor and is also native to the Mediterranean region.

One of the most distinctive qualities of bay leaf is a minty flavor, something that you can easily achieve with dried thyme. It won’t be an exact match to bay leaf but it will ultimately provide your dish with a bit of flavor boost similar to that of bay leaf.

Thyme works best on recipes that use beef or lamb.

How to Substitute Bay Leaf for Dried Thyme 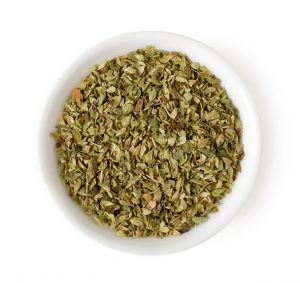 Oregano is yet another excellent bay leaf alternative. This perennial herb is bitter, pungent, and slightly minty, just like bay leaf. Just like bay leaf, oregano can greatly enhance the flavor of your food and works best in beef, lamb, pasta, tomato-based dishes, Italian dishes, and your preferred cuisine. It’s also commonly used as an additive to chili powder.

In addition to enhancing the flavor of your dish, oregano also gives off a very strong and pleasant aroma, just like bay leaf.

Like bay leaf, oregano offers immense health benefits. The cooking herb is packed with components that are known to strengthen the immune system in addition to helping detoxify the body.

You should also know that compared to regular oregano, the Mexican oregano provides a much stronger flavor.

How to Substitute Bay Leaf with Oregano

However, make sure you don’t over-spice your dish with oregano in order to match the strong flavor and aroma of bay leaf. Be sure to use the recommended amount. 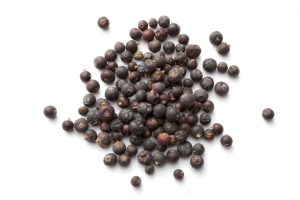 Another close match to bay leaf is Juniper Berries. It’s a popular replacement for bay leaves. These berries have a tart, pine-like flavor and are commonly used in little amounts either as a spice or flavoring agent. Their aroma can be easily described as spicy or woody.

The spicy berries can be used in a variety of dishes fresh or dried. You can also use them crushed or whole. They are an excellent flavoring agent for dishes like casseroles, stuffings, marinades, and will even complement meat dishes like beef, duck, port, rabbit, and venison.

Something important you have to bear in mind is that juniper berries have a pretty strong and overwhelming taste. Thus, you need to use them sparingly to avoid spoiling your dish.

Another thing is that although they are perfectly safe to eat, if used whole, you should remove them from the dish and discard them, just like you would with bay leaves. Another option is to grind them so they can release all the flavor before tossing them. This way, your dish won’t have an overwhelming taste or flavor.

How to Substitute Bay Leaf with Juniper Berries 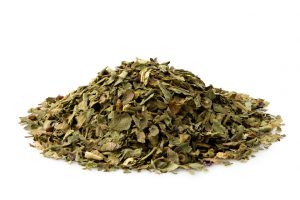 Basil is one of the most popular cooking herbs that you’ll find in almost every kitchen. The herb is used in a wide variety of Asian and Mediterranean dishes- from spicy curries, herbaceous salads, creamy sauces to meats like beef, chicken, lamb, and more.

Basil has a spicy clove flavor that is loved by chefs and everyone in general. As a member of the mint family, basil makes an excellent substitute for bay leaf.

The herb will give a sweet and savory flavor to your dishes as well as a hint of mint, pepper, and anise. The aromatic herb is mostly loved for adding a hint of sweetness and spiciness to any dish.

Dried basil is a better alternative to bay leaf as it does not have a strong hint of anise which gives your dish a sweet flavor and thus tastes more like bay leaf.

How to Substitute Bay Leaf with Dried Basil

Can You Substitute Basil for Bay Leaf?

Yes, absolutely. You can substitute basil for basil leaf. It has an almost similar bitter and peppery bay leaf flavor. It’s a perfect bay leaf substitute you can use on a wide variety of dishes.

Bay leaves are often underestimated but when it comes to adding enhancing the flavor and aroma of your dish, it does its job right. They are perfect for slow cooking dishes like broths, stews, sauces, and even hearty meat dishes like beef, lamb, pork, and even chicken.

What Kind of Flavor is Bay Leaf?

Bay leaves are aromatic cooking leaves used for their distinctive flavor and fragrance. Whole leaves are typically pungent with a sharp, bitter taste. When added to dishes, bay leaves produce a slightly minty and peppery flavor. Its fragrance is more noticeable compared to its taste.

Bay leaf has a distinctive flavor that cannot be entirely replaced by either one of these substitutes. However, they are a close match compared to other herbs and spices and will definitely add an almost similar flavor and aroma. If you don’t have any bay leaf at hand, these are the only alternatives you need to consider for a burst of flavor and aroma. You won’t even notice a big difference.

Agnes is a kitchen and cooking enthusiast as well as a fitness fanatic. She loves to help readers upgrade and furnish their kitchen with the best available products! She is the primary writer behind SmartKitchenImprovement.com and hopes to share little tidbits of knowledge she’s picked up over her years as a mom and wife.