Skip to content
Home » Instant Pot Vs Rice Cooker: What You Should Know 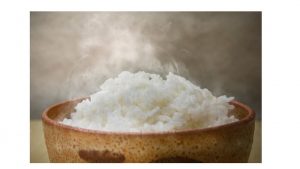 The rate at which many homes across the world consume rice is increasing rapidly due to the invention of kitchen appliances that can perform their task efficiently and effectively.

However, choosing between these appliances tend to be a taunting experience as many people do not want trial and error.

If you are planning to buy both items then it is worth to know their pros, cons and hidden features apart from their differences.

This will help you to know when to use each item. The product comparison of instant pot vs rice cooker in the guide will help you to make an informed decision concerning which one is better when it comes to cooking.

The vivid differences between instant pot and rice cooker is based on the hidden features, advantages, and disadvantages of the two appliances. Let’s dive into the topic:

Safety measure is the key factor to always consider when shopping for kitchen appliances to avoid the occurrence of unnecessary accidents at home.

Therefore, when choosing between an instant pot and a rice cooker is no exception. These two items are frequently used in the kitchen and safety measures must be kept in the mind.

The appliance has several unique features like valves that are meant for releasing steam from the pot. The seal tends to be tight to prevent any steam from escaping.

However, if the necessary precautions are not followed then the hot steam can be released and burn the skin badly. I recommend reading the manual when using it.

The gadget does not entail the generation of steam and buildup of pressure. Therefore, they do not have valves for releasing the steam.

However, you are required to exercise patience when the rice is cook so that it can cool down to prevent the burning of the hands. Cooling makes it much safer to handle.

Living healthy starts with what we eat. Cleaning help to get rid of pathogens around the cooking items making them suitable for cooking healthy foods.

When shopping for kitchen appliances meant for cooking then consider the ease of cleaning or method used to clean them. This will help to foster healthy living.

The interior part of the pot is made from stainless steel which is quite simple to clean even by use of hands. Also, major parts like outer rims and gasket are removable as well as safe to clean with dishwater.

Most models of rice cookers have a non-stick interior which facilitates easy cleaning. However, there are some models that have an interior pan that is non-detachable which makes cleaning to be quite tricky.

The world is changing so fast and this has made many people impatient when it comes to cooking. The invention of modern kitchen appliances has made their life simple.

However, most of these cooking appliances have different cooking time regardless of the technology used and instant pot, as well as rice cookers, are no exceptions.

Instant pot work by generating steam from the water and buildup pressure that is used to cook rice or any other meal. Using the appliance is much simple and it takes little time when it comes to cooking.

The kitchen gadget work by boiling down the rice the same way as traditional cooking pots. However, it has some unique settings that help to control temperature and reduces cooking time.

The size of the kitchen plays a key role when it comes to determining the number of appliances to be bought. Buying multipurpose devices will save on the same and costs.

The kitchen appliance is a multipurpose product and this implies that it can cook quite a number of food recipes either at the same time or one at a time.

The most interesting thing is that many models of the instant pot come with different modes meant for cooking rice, meat stew, soup and cakes among many others.

The kitchenware is typically known for cooking rice only. However, there are some models of rice cookers with multiple functions that can cook other foods like Pasta. The core function of the appliance is to cook rice.

Typically instant pot and rice cookers work in different ways as far as pressure buildup is concern. Research shows that high-pressure helps to cook faster than the traditional boiling technique.

The appliance work effectively when there is an introduction of water in the food. The water helps to generate steam which buildup pressure meant for cooking. The high pressure reduces the cooking time for rice.

Many people are looking to lead a life that is simple and easier when it comes to kitchen appliances. Both instant pots and rice cookers happen to be among the products that spearhead an easier life in many homes.

Choosing between the instant pot and rice cooker can be a daunting experience for some people. The frequency of usage and performance should be the key factors to consider.

If you like spending a lot of time when cooking rice then a rice cooker is the perfect appliance for you. The device does not have a seal which makes the temperature for generating steam to be low hence takes longer to cook rice.