Skip to content
Home » How Much Does a Stove Weigh? (With Examples) 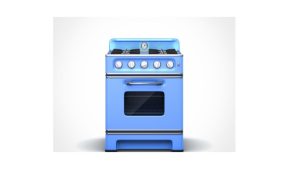 How much does a stove weigh? This is a great question usually asked by someone who is looking to buy a stove. Knowing the weight of the stove will help you determine if it is something you can physically handle. Also, it could affect the price, depending on what kind of shipping costs you have to pay and how much they weigh.

How Much Does a Stove Weigh?

The weight of a stove will vary depending on its size and the construction material used to make it.

An average electric stove can weigh between 100 and 250 pounds, depending on the model, manufacturer, and features.

The weight also depends on whether the range is freestanding or built-in. Freestanding ranges usually have a back panel that slides around the wall during installation.

Built-in ranges are installed flush with the cabinetry and require much more anchoring to keep them in place.

Factors that Influence the Weight of a Stove

There are several factors that influence the weight of a stove. Some of these factors include the material that is used to make the stove, the size of the stove, and how many burners it has.

One of the main factors that influence the weight of a stove is the material it is made out of. The most common materials used to make stoves are stainless steel and cast iron, although some stoves are made from aluminum.

Stainless steel and aluminum are lighter than cast iron, so stoves made from these materials typically weigh less than cast iron stoves.

The size of a stove also influences its weight. Stoves come in many different sizes, ranging from single-burner camp stoves to large commercial stoves that have as many as eight burners. Additional features such as ovens also add weight to a stove.

The number of burners a stove has can also affect its weight. Most stoves have between two and six burners, but some models have more. Stovetops with more burners weigh more than those with fewer burners because they require larger lids to cover all the burners.

The weight of a 30-inch stove can vary depending on the brand and model, but most weigh between 200 and 250 pounds.

In general, the larger the stove is, the heavier it will be. Also, stoves with larger ovens will weigh more than units with smaller ovens.

One thing is for sure, though: you need to make sure that your kitchen floor can support the weight of the stove you choose.

How Much Weight is an Electric Stove?

The weight of an electric stove depends on the size and model. The average range weighs approximately 128- 130 pounds.

It is important to know how much your stove weighs before moving a new one into your home, or moving an existing one out of your home. If you need to replace an old electric range, knowing how much it weighs can help you decide what type of replacement to get.

How Heavy is an Average Wood Stove?

A wood stove can weigh anywhere from around 300 lbs and can easily go up to around 800 lbs. The weight of a wood stove is dependent on the make and model of the woodstove, as well as the material that it’s made out of.

How Much Weight is a Gas Stove?

The weight of a gas stove varies depending on the stove’s size, manufacturer, and features. However, manufacturers typically measure gas stoves by their weight in cubic feet. A gas stove that weighs 30 cubic feet weighs approximately 130 to 220 pounds.

The weight of the oven is among the most important factors in determining the overall quality of the oven; however, the weight itself does not necessarily reflect quality.

Which Stove is the Lightest?

The lightest stove we reviewed is the MSR PocketRocket, which weighs in at 3.1 ounces. While it is the lightest stove it still provides enough heat to boil water relatively quickly and heats your meal up.

It also has an awesome flame control feature which allows you to turn the heat down low to prevent burning your meal and gives you more control over simmering your food.

Which Stove is the Heaviest?

Many people ask which stove is best suited to their needs. The weight of a stove varies according to the material used, the size, and the complexity of the design.

The two heaviest stoves on our list, according to our study, are the Snow Peak GigaPower 2.0 and the Jetboil Flash. Both stoves weigh around 13.1 ounces.

Many different factors affect how much a stove weighs. The model, make, and year of the stove all factor into its weight.