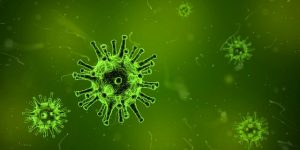 For all its joys and wonders, the microwave oven has had its fair share of controversy from being purported to cause cancer and other ills to not actually being able to kill certain pathogens in food.

The microwaves that the oven emits do not actually kill the bacteria but the resultant heat does. The jury really is out regarding just how safe a microwave oven is.

Though certain research initiatives have shown that microwave radiation has been linked to brain tumors and other related stuff, others have debunked this as a conspiracy theory.

Those who are against it cite that radiation from a microwave oven can leak out especially in old or faulty units that do not close properly.

Microwaves emitted by cell phones and even landlines have been known to cause serious damage in the brain and have actually been used in warfare to disorient the enemy.

The long-term effects of repeated exposure to microwaves include infertility and other related ills. Those against the use of microwave especially recommend that you keep children far away from them as they may suffer the effects even decades later.

So, how does this all apply to the question at hand? Does the microwave kill bacteria? The answer, as already stated is no. What actually kills bacteria in food is the heat that is generated when the food is being microwaved.

A microwave oven works by causing the water molecules in the food to vibrate rapidly. This rapid vibration is what creates the heat which then cooks the food.

So, in essence, the microwave oven does not generate heat as other ovens do but actually cooks food in its own heat. When you heat liquids like drinks and soups, you will get a relatively even distribution of heat.

The challenge arises, however, when you have to when you cook large food portions or irregularly shaped ones. The heat may not distribute evenly and you can get some cold spots.

I’m sure you understand this if you have used a microwave oven before. It is in these cold spots where potentially harmful bacteria can survive.

This is especially true when it comes to frozen foods. You will have had the experience, at some point, where you are defrosting food and the outside actually starts cooking but the inner parts remain frozen.

This is due to the fact that, besides popular belief, Microwaves actually cook food from the outside in and not the inside out. That’s why the frozen center thing happens.

To wrap it all up, microwaves do not kill bacteria but what actually does kill bacteria is heat. The safest route to take is making sure that after defrosting food in a microwave oven or using styrofoam, make sure that you cook it thoroughly by allowing it to stay longer and cook more evenly or using a regular oven or convection oven to cook the food right through. As always, I would love to hear your questions, comments, and contributions.