Skip to content
Home » Do Ovens Turn Off Automatically? (Things to Know) 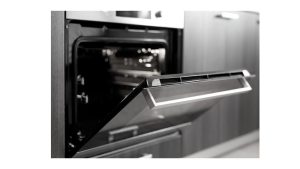 Do you know if your oven turns off automatically? If not, it’s time to find out! Whether you’re cooking a turkey for Thanksgiving or making a pizza, it’s important to understand the functions of your oven. Here’s what you should know.

Contents show
Do Ovens Turn Off Automatically?
What Happens if you forget to turn the oven off?
Will an oven shut off on its own?
How long can you leave the oven on?
How do I know if my oven has an automatic shut-off?
What to do if you forgot to turn your oven off?
Related Posts

Do Ovens Turn Off Automatically?

Yes, ovens do turn off automatically. When the heat inside the oven reaches a certain temperature, the thermostat turns off the power to the oven. The thermostat is a device that senses changes in temperature and sends signals to another part of the appliance to respond to those changes.

The thermostat inside your oven is a bimetallic strip that flexes when heated. When it cools, it returns to its original shape. This action causes two contacts to close or open an electrical circuit that controls power to your oven.

In some cases, ovens have a built-in timer that can be set for specific cooking times. Without this feature, you need to keep an eye on what’s happening inside your oven and turn things off manually when they’re done cooking.

What Happens if you forget to turn the oven off?

If you forget to turn the oven off, the food inside will start to overheat. If it’s been on for more than an hour, you could risk starting a fire.

To prevent this from happening, experts recommend using an oven timer that makes a loud noise when the time is up. You can also set your smartphone alarm to remind you when it’s time to take out your food from the oven.

If you’re leaving your house for a long period of time and won’t be able to hear the oven timer or phone alarm, make sure someone else is home who can check on it for you.

Will an oven shut off on its own?

The short answer is yes, but only under specific conditions.

The most common cause of an oven shutting off on its own is a temperature failure. If the sensor that tells the oven when to stop cooking has failed, then it will shut down the oven on its own. You’ll need to replace this component to get your oven working again.

Another reason your oven might shut down is due to overheating. If you leave something in the oven too long or if there’s an electrical short, then this could trigger the safety mechanism and shut off power to your oven until it cools down.

How long can you leave the oven on?

The longest time that it’s safe to leave the oven on is 12 hours. However, if you’re cooking something that takes longer than that, turn it off and let the food keep cooking in the residual heat.

If you need to leave your home for longer than 12 hours, turn off all appliances (including gas stoves), unplug them, and open the doors so they don’t overheat.

How do I know if my oven has an automatic shut-off?

If you’re not sure, check the user manual. It should be written in the section about safety. If there’s no mention of an automatic shut-off function, then you don’t have one.

If your oven does have an automatic shut-off feature, then it will turn off after a certain period of time. This is usually around 30 minutes. However, it can vary from model to model and brand to brand.

The main benefit of having an automatic shut off is that it prevents accidents as well as unnecessary energy consumption. For example, if you were baking something on low heat for too long and forgot about it, your oven would automatically turn off without risking any damage or fire hazards.

What to do if you forgot to turn your oven off?

If you’re a forgetful person like me, you probably have a few stories to share about leaving the oven on. The good news is that most ovens have safety features that will turn off the oven after a certain amount of time has passed.

However, if this hasn’t happened and your food is in danger of burning, don’t panic and follow these steps: 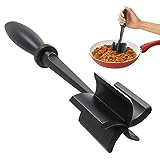 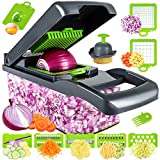