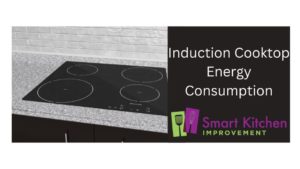 Induction cooktops use electromagnetic energy to directly heat the cooking vessel, rather than using a gas flame or electric heating element to indirectly heat the vessel. When an induction-compatible pot or pan is placed on the cooktop, an alternating current is generated within the cooktop’s coil, which creates a changing magnetic field.

This magnetic field then induces a current in the pot or pan, causing it to generate heat and cook the food.

One of the main benefits of induction cooktops is their energy efficiency. Because the heat is generated directly in the pot or pan, less energy is lost compared to traditional cooktops that rely on heat transfer. Additionally, the cooktop’s surface remains cool to the touch, which reduces the risk of burns and also reduces energy loss through radiation.

Do Induction Cooktops Use More Electricity?

Now that we have a basic understanding of how induction cooktops work, let’s examine the evidence to determine whether they use more electricity than other types of cooktops.

To put it simply, induction cooktops are the most efficient type of cooktop. They use less energy than gas and electric models to produce the same amount of heat.

How much electricity does an induction consume per hour?

There are several factors that can affect the electricity consumption of an induction cooktop. These include: