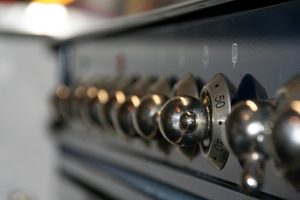 Convection oven vs microwave oven. Is there really a difference between the two and do the differences really matter in the long run?

These and other questions may be playing on your mind and would explain how you found our way to this article.

Convection ovens and microwave ovens fundamentally do the same thing in that you put in cold food and it comes out in the least, hot and ideally, well cooked.

The differences though lie in the technology. Convection ovens mainly utilize heat circulation through fans while microwave ovens rely on radiation to heat and cook food.

The fact that you are reading this article suggests that you are trying to decide which of the two to buy and use on a day to day basis.

Well, that really depends on your day to day needs as far as cooking is concerned. To help you better decide, we will attempt to give you an in-depth guide as to how the two different ovens work and their respective pros and cons.

How a Microwave Oven Works

A microwave oven works by passing waves through the food which causes water particles in the food to vibrate at a rapid rate.

That is why foods with high water content like vegetables tend to cook faster. This vibration creates heat within the food thereby cooking it.

This is partly due to the fact that food in a microwave oven cooks from the inside out rather than from the outside in when you use a convection oven. This efficiency in cooking also translates to significant energy savings.

Microwave ovens do not produce heat therefore it is difficult to brown food like what you can do in a regular or convection oven.

This is one of the main disadvantages associated with a microwave oven. The other point to note is more of a precautionary statement than anything else.

This is to say that when you heat liquids like water or other beverages in a microwave oven, it can get super-hot and lead to possible burn injuries. Make sure you don’t leave liquids or plastic objects in the microwave for too long.

How a Convection Oven Works

A convection oven works by circulating heat in the oven by the use of a fan. When the heat is distributed in this manner, it leads to food being evenly cooked which is not always possible in a regular oven. The results that you get when you use convection are usually really good because of this even heat distribution.

As already stated, a convection oven cooks food 25% faster than in a regular oven. In comparison to food made in a microwave oven, a convection oven can give you better results as you are able to brown food and, I can’t overstate it, cook the food evenly.

It’s difficult to find any cons on the convection oven but since we are comparing it against a microwave oven, it cooks food slower than a microwave oven. It more than makes up for it by when compared against traditional ovens.

Convection Oven vs Microwave other Concerns

A microwave oven uses radiation to cook food and this fact has been taken out of hand by people. They associate radiation with nuclear bombs and reactors.

This is not that kind of radiation. The radiation that a microwave oven produces is electromagnetic and is not dangerous. Another concern is a nutrient loss that occurs during cooking.

All cooking diminishes the nutrient value of food. This is common to all cooking methods and not unique to the microwave and convection ovens.

Microwave ovens and convection ovens all have their own set of unique pros and cons and we hope that this article has helped you to reach a conclusion as to which direction to go. If, however, you have any more questions and contributions about kitchen Appliances, I would love to hear them below.