Skip to content
Home » Coffee Java: What is it and what secrets does it have? 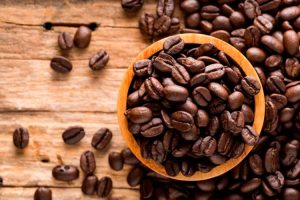 Java Coffee Is a brand, a range, or a preparation? Surely if you have heard of its fame and are curious to include it in your coffee tasting record. That is why I have prepared this article that will give you the most important clues about the secret of the origin, characteristics, and preparation of Java coffee. Keep reading, take notes and get ready to know the history of this interesting product.

What is Java coffee?

The Java coffee is the designation of origin of a variety of arabica coffee grown on the island of Java, Indonesia. Thanks to the excellent climatic and geographical conditions of Java Island, with rich volcanic soils and dense tropical rainforest, they have managed to rank as the fourth largest coffee producer in the world.

In the seventeenth century, the island of Java was part of the East Indies colony of Holland. It was the Dutch who, from Ethiopia, introduced coffee trees to Southeast Asia when they detected the advantageous tropical climate for this crop.

It is speculated that the name Java coffee began as a term of origin used by the Dutch. Well, at the time, in Europe only two types of coffee were consumed: Mocha from Yemen and Java.

That is why today, the term is used in a general way. I mean, they say Java, instead of coffee.

In principle, the Arabica variety was cultivated, but from 1880 a rust plague devastated the coffee trees. This forced the producers to substitute new plantations of the robust and liberic variety.

Despite the differences in aroma and flavor quality, Java coffee was finally produced by mixing these varieties. Since they combined grains and aging processes that mark its distinctive flavor.

It is a wet method that consists of exposing the grains to hot air and humidity. In which it alters color and consistency, as well as the level of acidity and flavor.

Such was the success of the production of Coffee in Java that the Dutch East India Company brought samples of the bean to Amsterdam for study.

And much later they were carried and watered by Brazil and the Caribbean. Especially in what is now Costa Rica, where you get an excellent version of Coffee Java.

Currently, Java coffee is also recognized for being the raw material of Kopi Luwak, the most expensive coffee in the world and its particular mode of production.

The characteristics that today define the variety of Java coffee can be summarized as:

Now, get ready to taste distinctive coffee and aroma definitions in Java coffee. Especially if you are a consumer of coffees from the Americas or Africa.

In a cup of Java coffee, you discover sweet nuances and floral notes, with acidic touches that are the protagonists of Asian beans.

Its flavor is strong, sweet, and spicy with earthy, nutty, and chocolate tones. That gives it a feeling of being aged and rustic. Its texture is delicate, balanced, and stable. What some tasters call around the body.

You will also find a recipe to prepare Java coffee. A sweet, creamy, and chocolatey drink. If it is a preparation that makes you fat, then I’ll explain how to do it:

Finally, as an anecdote, there are those who report that the flavor and aroma of the 17th century Java coffee were due to the aging it suffered during the months of transfer by boat from Indonesia to Europe. Hence the tendency to call coffee Java.

At present, it is known as an Arabica variety, from Southeast Asia, with a strong flavor, aroma, and texture. Whose production places Indonesia among the first in the world (about 722 thousand tons per year).

Now that you have the information, go ahead and taste the secrets of Java coffee!

Then leave me a comment about your experience and share this information with your friends and followers. 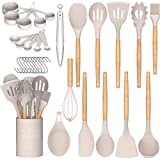 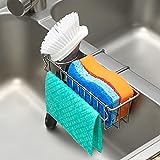