Skip to content
Home » Can you put a cast iron skillet in the oven? 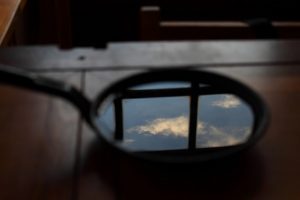 Cast-iron skillet happens to be so versatile and it is believed that there is no other skillet that comes to its league. Cast iron skillets are quite great for cooking and baking various meals.

All in all, I am not here to talk about what this kind of skillet can do. I am here to discuss if cast iron skillets are oven safe.

So many people have been asking the same question and it is only fair for us to clear that. People believe that cast iron skillets should be treated like delicate flowers and thus raising the question of whether they can withstand high temperatures in the oven.

For those who are doubting cast iron, they need to know that it is tough as nails. This is why you always find old cast iron pans hanging around antique shops.

Cast iron is built to last and that’s why it is difficult to ruin it. It is designed to be heavy and thick and this is the sole reason it is able to retain heat for long periods of time.

The only problem with cast iron is that it does not heat evenly. You will get some hot spots as the heat takes time to conduct to the sides of the skillet.

Fortunately, cast iron happens to have a nonstick coating that prevents food from burning. Cast iron skillets have been designed to perform a lot of cooking and that’s why it is safe to use them in an oven.

I often use my cast iron in the oven and I haven’t encountered any problems yet. In most cases, I use it to cook meat and what I do is place the meat on the stovetop and later into the oven.

This method works fine when preparing boneless chicken breasts. Cast iron is considered great when you want to make baked food. People use it to bake pork steak and it is delicious.

I am saying this because cast iron is heavy and should be handled with both hands. Once you have removed the skillet from the oven, it is important that you let it cool before putting in water.

The cooling prevents the skillet from warping. You can also use your cast iron skillet in an oven if you want to season it. Seasoning is done to restore the non-stick powers of the skillet. Below is a step-by-step process on how to season your skillet:

With the above information, it is clear that cast-iron skillets can be used in an oven when baking, cooking meats and seasoning. You just have to be careful when using this particular cookware in the oven.