Skip to content
Home » Can You Eat Shrimp Shells? (What You Should Know) 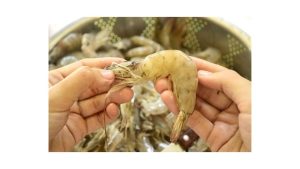 If you eat some certain type of cuisine, then you probably haven’t eaten a shrimp shell. Served in many cuisines worldwide, Shrimp has an appealing look when done and tastes very delicious when prepared the right way.

But, the shells of the seafood might appear as a hindrance to savoring the inner tender meat. (not to mention how frustrating it can be when using the cutlery.) At the same time, you really want to enjoy the dish instead of wasting time and producing more mess, which begs the question: can I just eat shrimp shells?

Can you eat shrimp shells?

In some places, especially in western dishes, shrimp shells are discarded for texture. However, there is nothing bad in eating the shells along with the whole dish as they do not contain any harmful compounds and will not make you unwell.

Aside from it being edible, some cultures and places consider shrimp shells as an enhancer to the flavoring of the food and a nutritional advantage to the body.

It is needful to buttress on this because you can safely consume shrimp shells, but should they necessarily be eaten? There are some things you should keep in mind whenever you are served a dish with the outer shell.

In the rest of this post, we will touch on whether or not there are nutritional gains in eating shrimp shells, the truth about shrimp shells being digestible, and recipes to pleasantly consume shrimp shells. Before then, let’s look at what makes shrimp shells edible and why many people have misgivings about consuming them.

How are Shrimp Shells edible?

You probably don’t know that proteins, minerals, and chitin are what makeup shrimp shells. The proteins can be digested when eaten, as well as the minerals that contribute to nutrient advantages Whereas it sounds like somehow knowing that you are consuming chitin when you take a bite of the shell.

Whatever way you feel about it, there is nothing terrible about chitin since it is just a neutral bio-product. Shrimp shells are flavorless if you don’t season them.

But when cooked, they trap flavors and seasonings. You’d literally suck on them if no one is looking. To this end, I’d say the edibility of the shrimp shell partly depends on the cooking method and the shrimp size, that is, the thickness of the shell.

For deep-fried shrimp dishes, the shell can be crispy, which is very enjoyable to eat. However, suppose the shrimp is boiled, the shells would most likely demand excessive painful chewing, which is unpleasant (but still safe to consume), and so you want to peel them and go for the meat.

There is no harm in consuming shrimp shells, but they aren’t digested easily. They are not appetizing, so separating the shell and eating the shrimp is a general thing.

Shrimp shells can be hard to digest, especially when they are not subtly covered with cornstarch and salt and then deep-fried. Instead, they contain nutrients and minerals that contribute to the body’s health and are safe to consume but not necessary.

How do you eat Shrimp shells?

Thankfully, some beloved shrimp recipes do not discard the shells and are prepared in such a way that makes them not only safe but tasty. Examples are Shrimp with garlic & butter and Cripsy fried shrimp.

The Jumbo Grilled Shrimp is an excellent example of a recipe that presents shrimp shells in their delicious and nutritional glory. Alternatively, you can consider the most famous cooking technique globally for shrimp shells to put in a broth. This derives extra flavors from the shells without sacrificing the lovely texture.

Are there benefits to eating shrimp shells?

It is sort of an exaggeration to say that eating shrimp shells comes with loads of benefits. But for some real talks, they add some nutritional value to your dish.

As mentioned earlier, they are composed and excellent at retaining a keratin type of protein and other essential minerals that contribute a little bit of nutritional value to the food.

So, unless you have an allergic reaction to shrimp shells, they are not just a hindrance to enjoying your dish as they have their value. Quite significantly, some research carried out a few years ago indicated that the consumption of shrimp shells could reduce cholesterol levels. This is due to a particular chemical from shrimp shells called chitosan.

The bottom line is that shrimp shells are safe to eat and will not cause you any harm, but not easily digested. When it comes to being pleasant to consume, the shrimp recipe in front of you has to be considered.

When you get served your next shrimp dish, check if the shell is crunchy and does not require prolonged chewing, then it is pleasant to eat. But if otherwise, you might just have to resort to the usual pealing away, and perhaps, licking the flavoring from the shells.