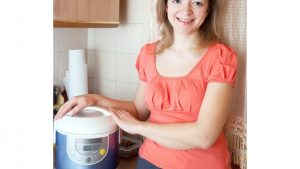 Can a crock pot go from the fridge to cooker? The crock pot is not your conventional cooking device. It depends a lot on a controlled temperature environment and somewhat slow temperature build up to achieve the results that it does.

Your crock pot is an amazing invention which not only serves up delicious flavour rich meals but also nutritious ones.

This is due to the fact that the slow cooking process gives the flavors the time needed to develop and certain nutrients which can otherwise be affected by heat can withstand the gradual temperature increases and the generally low heat levels.

Can a crock pot go from fridge to cooker without any adverse side effects? That question can be answered with both a yes and a no. I will explain why I say this as we go through the article.

Why Should I be Concerned About a Crock Pot’s Ability to Go From Fridge to Cooker?

To answer this question, let’s firstly look at why this is even a concern in the first place. The major reason why people would be concerned about the dangers of a crock pot going from the fridge to the cooker can be summarize in two words; temperature shock.

The problem arises when the temperature quickly moves between 2 extremes. If you leave ice at room temperature, it slowly melts until all that’s left is a small puddle.  Put the ice in some liquid however and it will crack.

The same thing can happen with cookware. I’ve had a few unpleasant mishaps where I have cracked some glass cookware because I placed it in water instead of letting it cool naturally.

Is this a possibility when it comes to a crock pot though?

Yes a Crock Pot Can Go From Fridge to Cooker

When I gave the ice analogy, the rapid temperature change is what caused the cracks to occur. The temperature in a crock pot rises very slowly and can take a minimum of two hours to rise to cooking levels.

This gives enough time for there to be a very gradual and near natural increase in temperature. There is little to no risk of cracks forming in the cock pot because of so you can relatively rest easy if this is a concern.

Why You shouldn’t do it

For the second part of this answer, I will talk about why a crock pot can’t go from the fridge to the cooker. We have already established that the crock pot won’t crack and get damaged in any significant way but there is a risk of some damage happening.

Even though your crock pot won’t crack, you still run the risk of damaging it. Some cracks may form in the glaze of the pot after continuous transitions from fridge to pot.

You then run the risk of bacteria collecting in the cracks and risk food poisoning. Other Reasons Why It’s Not Advisable to Take a Crock Pot Straight From The Fridge to Cooker.

If the contents of the crock pot become frozen or semi frozen while in the fridge, this can lead to food poisoning especially it the the ingredients are uncooked.

One of the rules of using a crock pot is to never use frozen meat. The meat needs to be fresh or thawed. The slow and gradual heating process of slow cooking can lead to the meat not cooking all the way through and this can be a health risk.

So can a crock pot go from fridge to cooker? It definitely can if you do it on occasion and not all the time. If you do it over a number of months, you can get cracks in the glazing but doing it a few times should be safe for most crock pot models.